Tartu Opera Duet was born thanks to Germán Javier Gholami Torres-Pardo (Lyric Tenor Spinto), who is a guest soloist of Vanemuine Theater in Tartu, and Margus Riimaa (pianist of Vanemuine

Tartu Opera Duet was born thanks to Germán Javier Gholami Torres-Pardo (Lyric Tenor Spinto), who is a guest soloist of Vanemuine Theater in Tartu, and Margus Riimaa (pianist of Vanemuine Theater) who works at Vanemuine Theater. The idea came from their different rehearsals together and also from the great complicity that Margus and Germán had together. Our repertoire is made from the greatest opera hits, best and well known arias for Tenor.
The repertoire that Tartu Opera Duet for this concert varies from the Spanish early music, Sephardic medieval Jew music to the well-known folk songs of Manuel de Falla and the Spanish Zarzuelas (the Spanish Operetta). So with this concert we can see the evolution of the Spanish music at its gold ages.

Germán Gholami was born in Madrid, Spain in 1985, starting with early age violin and later with flute. He studied music under the wing of his own parents, thanks to his mother María Ángeles Torres-Pardo who discovered his voice and developed it as a Tenor. He obtained BA as a music teacher from the University of Alcalá and also participated at University of Alcalá and Tartu Vanemuine choir (2012-2016). He has taken part in masterclasses with great teachers, as Berle Sanford Rosemberg (Bel canto master teacher and coach of the main Opera Houses in Hungary) and Jenni Antvelt (La Scala Theater coach and Giuseppe Verdi High Conservatory teacher). He is a freelancer singing in different places around Europe. Now he sings also with his family ensemble, Musical Universalis.

Margus Riimaa graduated from the Estonian Music Academy with a BA degree in Piano Performance and Pedagogy and was accepted into Master’s Program. He studied under Professor Peep Lassmann in the two year Master’s program, but only completed one year prior to continuing music studies as a DAAD scholar in Germany. He also gained the Diploma in Piano Performance from Cologne University of Music in Germany and graduated the Program in Piano Performance as a Fulbright Grantee from the Carnegie Mellon University in Pittsburgh. Currently, he works as the Concertmaster in Vanemuine theatre Tartu, Estonia since August 2014.

Entrance is free of charge! 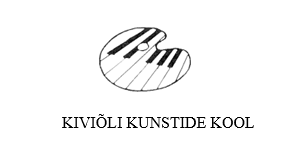