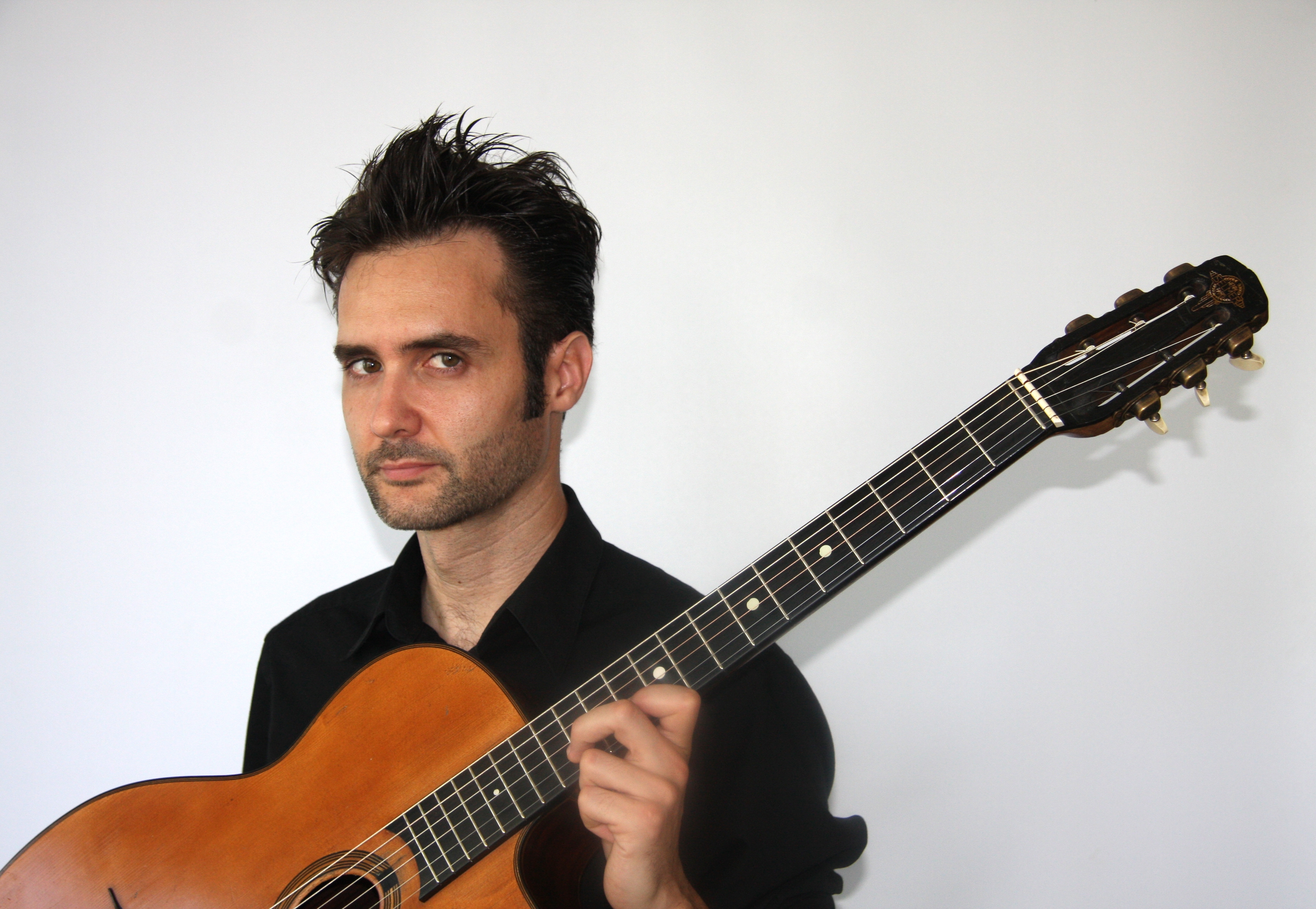 Biel Ballester combines the Django Reinhardt-based “manouche” heritage with the Mediterranean musical tradition. The guitarist has also been seen in the company of international Jazz stars such as The Rosenberg Trio, The Robin Nolan Trio, The Hot Club de Norvege, Gustav Lundgren, Stephane Wrembel, Jimmy Rosenberg, Jon Larsen and Angelo Debarre. Two of Ballester’s compositions were featured in Woody Allen’s film Vicky Christina Barcelona, Allen being one of Biel’s strongest fans and supporters.

For his last recording, Lower and East Combo (2014) he is joined by US guitarist Dave Mitchell to perform a series of his own compositions, a musical portrait of the City of New York. Dave Mitchell was born in Kansas City (USA), but has been residing in Barcelona since 1989. He has worked with many world-renowned musicians and is one of the most sought after guitarists in the jazz panorama of Spain.

The trio is completed by Leandro Hipaucha on double bass.

The concert is organized in cooperation with Talvejazz.